Castle Ellen was built in 1810 and was home to the Lambert family for many generations. Branches of this family lived throughout the area, and a book, “The Lamberts of Athenry” by Finbarr O’Regan was produced in conjunction with Carnaun National School. More information about this project can be found at the Carnaun School website.

To read a fantastic summary of the history of Castle Ellen and more information on the house, read David Hicks blog here.

There has also been some fantastic work carried out by Patricia Boran (and her colleagues) at NUIG where they compiled a Landed Estates Database, which is a searchable, online database of all Landed Estates in Connacht and Munster. This database is maintained by the Moore Institute for Research in the Humanities and Social Studies, National University of Ireland, Galway. The Lambers (of Castle Ellen) can be found here.

A detailed genealogical study of the Lambert family can be found at Andy Lambert’s Lambert Family Homepage.

The most famous member of the Lambert family was undoubtedly Edward Carson. Known as the architect of Northern Ireland, his mother was Isabella Lambert, and young Edward spent much of his holidays in Castle, playing hurley with the local Cussaun team. To find out more why not watch this wonderful two-part TG-4 documentary. Micheal would like to extend a special thanks to the wonderful people at TG-4 and the production company involved in ‘Cé a Chónaigh i mo Theachsa’ le Manchán Magan. This is truly a world-class production.

Carson went on to become Solicitor General for Ireland, then England and was knighted as Baron Carson of Duncairn, and become the leader of the Ulster Unionist Party.

Before being purchased by Michael Keaney in 1974, the house was unoccupied for a number of years. During this period, it had a brief career as a schoolhouse while Carnaun National School was being refurbished in 1961. Many of the then pupils have cherished memories of attending school in Castle Ellen!

Michael is proud of Castle Ellen’s lineage, and during the summer months, he runs a small museum in the house. He is conscious of the link between Castle Ellen and northern unionism, and he wrote to Sir Paddy Mayhew about this, when he was the Northern Secretary, outlining the role that Castle Ellen could play in the peace process. Sir Paddy replied, as Gaeilge, acknowledging the importance of the house.
Castle Ellen’s story continues onwards into the future, as the Keaney family, and many visitors, create their own history with each passing year. Who knows what part Castle Ellen will have to play in the 21st Century.

Book a Room on Airbnb 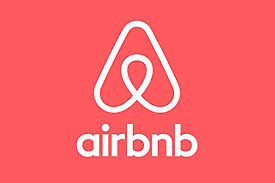